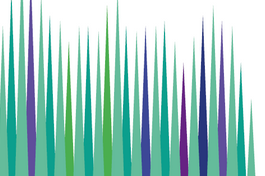 Understanding the Global in Comparative and International Education

The joint NOCIES/GlobalCIE forum marks a new milestone in the development of comparative and international education, as its aim is to reflect and critique issues concerning the global in comparative and international education.  Topics of relevance that are of particular interest include: equity and inclusivity for sustainable futures; comparing within and across Agenda 2030; issues of globalization related to education; intersections between globalization and internationalization; migration and mobility; and quality and relevance of, in, and through education particularly from the perspectives of the Global South.

The challenge is to identify, explore, and analyze the wealth of human agency involved in transforming comparative perspectives of and about the world. A long history of research in comparative education has confirmed that education is a pivotal arena, where identities are forged, geographical imaginaries built, and national development projects mobilized, while cultural, economic and political difference has generated very different national education systems. Today, national education formations are being increasingly crosscut and reworked by forces of globalization and policy promulgated in its name.

Three streams have been developed to build capacity in analysing and interpreting theory, critiquing discourse, identifying trends or themes, and/or applying new modes of inquiry.

The call for papers is now open. We invite proposals for papers, posters and panels/symposia from scholars working in areas related to three ‘sponsored’ streams:

All abstracts will be peer-reviewed prior to acceptance into the forum. For participants who which to publish, all papers will be vetted beforehand and, once approved, will be allocated to groups of dedicated scholars who will support the authors through the process of presentation, discussion and, hopefully, eventual publication. From the review process for proposals through to final publication, the emphasis will be on promoting the quality of debate and research. Nordic Journal of Comparative and International Education will publish at least one Special Issue from the conference. Other publishing houses have been contacted to consider sponsoring one of the three themes for special issue considerations.  Identification of these publishing house sponsorships will be announced on our respective websites in late February-early March.  Given the emphasis placed on publication and publishing house sponsorship, every effort will be made to promote quality research in comparative and international education according to the three themes.

(the conference registration is not yet open)

Registration costs are kept at a minimum to assist with the planning and hire of equipment, rooms, lunch and refreshments both days. In addition, the conference fee includes membership in either NOCIES or GlobalCIE Forum or both organizations (to be ticked off at the registration form) for 2019 and 2020